Two weeks after securing a fighting 2nd place in round 4 of the LGM Championships, Jessica returned to action at PF for the Kartmasters Grand Prix. After a tense weekend’s racing, she fell just inches short of becoming the first female karter ever to win a GP title.

Jessica emerged from Friday’s Timed Qualifying session in 2nd place behind Oliver Greenall and then took 6th spot in her opening heat. Her next race later that afternoon resulted in a 2nd place finish. It was a reasonably satisfying start to the weekend’s racing.

The Kartmaster’s format includes two Timed Qualifying sessions. In the second one on Saturday morning Jessica failed to match Friday’s pace and could only manage 5th spot. In her two heats later that day she was classified 4th and 8th respectively.

The points accumulated from her heats meant that she’d be starting Sunday morning’s Pre-final off grid 4. Jessica led this race from quarter distance right up to the very last lap when she was suddenly relegated to 4thspot. Even so, this result gave her a fighting chance of success in the main event.

Despite dropping a couple of places at the start of this race, Jessica soon began to recover lost ground. She took 1st place at around the quarter distance mark and held on until, with just a couple of laps remaining, Oliver Greenall found a way past her. That allowed three other drivers to join in the battle as they began their final tour.

Greenall held on grimly but Jessica made a quicker exit from the final turn, almost drawing alongside. At the line, just one hundredth of a second separated them. Jessica’s performance hadn’t quite earned her the coveted GP plate. Nevertheless it did manage to secure a free entry into the 2019 X30 world finals at Le Mans. After a hard weekend, she considered that privilege to be reward in itself. 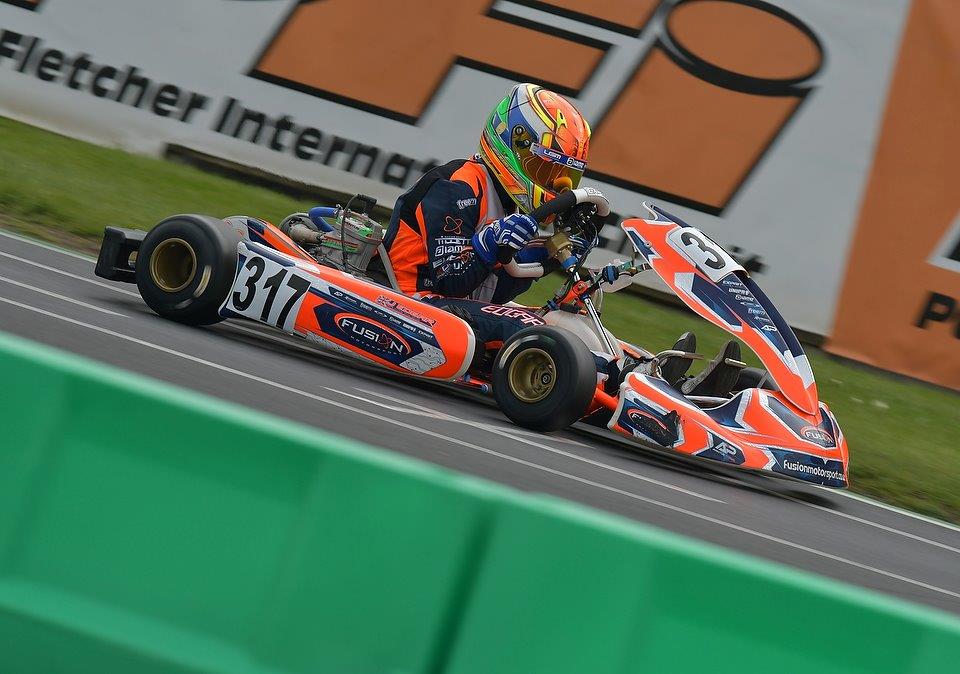