Final round of the LGM Championships

“Perfect Day” was a song written and performed by Lou Reed more than 40 years ago. Jessica had her own perfect day at Three Sisters when she returned a maximum score from two heats and final in the LGM Championships.

Jessica had arrived for this meeting holding 3rd position in the championships. Catching the title leader, Oliver Greenall would have been an almost impossible task. However, she was lying just one point behind Luke Watts and her aim would clearly be to finish ahead of him.

It was all looking good after Saturday’s practice sessions when she outpaced all of her close rivals. However all of these runs were completed on a dry circuit. The weatherman was predicting radically altered conditions for Sunday and they would provide a big test for Jessica’s range of skills.

Jessica’s opening heat took place on a damp circuit, but this presented no problems for her as she won with over 100 yards to spare over Watts. Greenall was the 3rd driver home in this one. Heat 2, was held on a dry circuit and resulted in another win, with Watts again taking 2nd place.

Everything hinged on the final with Jessica and Luke both starting off the front row. In rather damper track conditions, she took an immediate lead and soon pulled clear of Watts. Greenall eventually took over 2nd place, but by this time Jessica was a good 70 yards ahead. She extended her lead to win this one comfortably and secure 2nd place in the championships.

Jessica is the first female driver to win more than one LGM round. During the 18 year history of these championships, no female driver has previously finished higher than 3rd, so taking the runner up position is a major boost for her. Next week, she will be competing in the Motorsport UK Championships near Daventry. After that, Jessica faces a trip to Le Mans for the IAME World Finals. 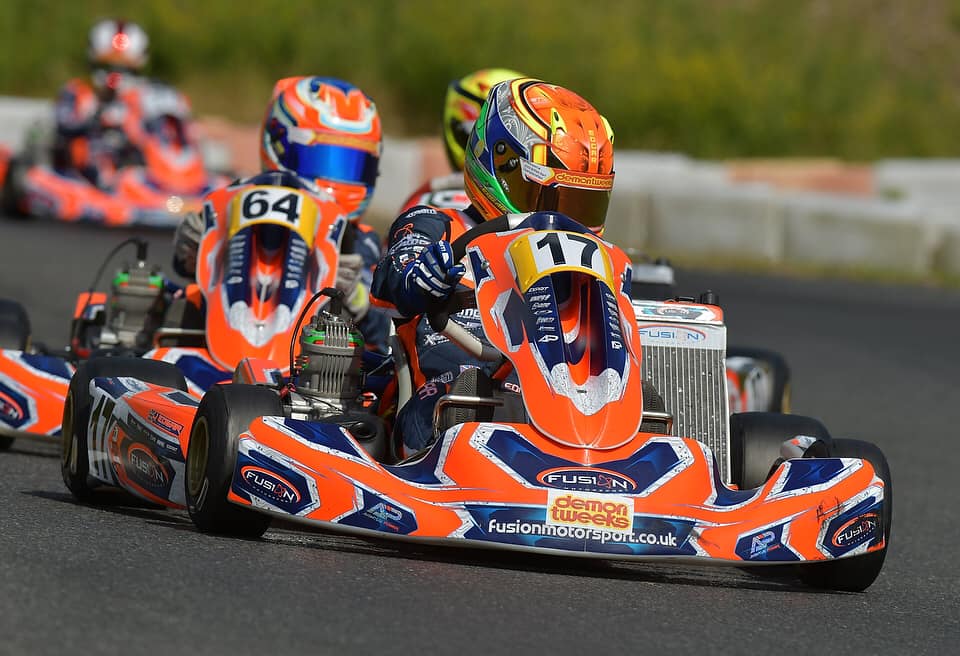