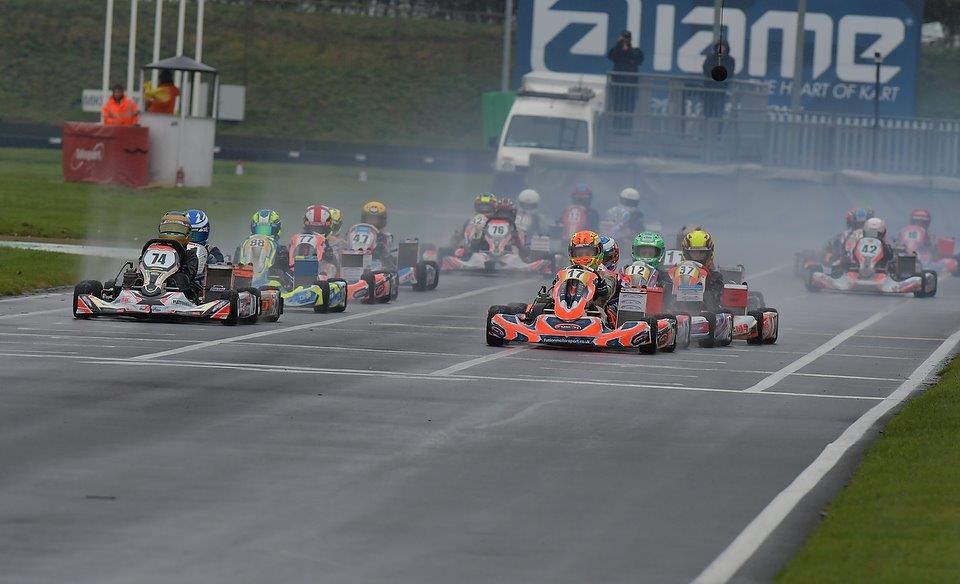 Jessica is the tenth member of her family to get involved in competitive kart racing. It all started back in 1960, shortly after the sport first arrived over here, when her Great Grandfather, Iredale Edgar, purchased a Trokart/Clinton and began racing at Haverigg Airfield, near Millom. Two years later, when noise complaints from local residents resulted in karting ceasing at this venue, Iredale persuaded fellow enthusiasts to purchase a disused quarry close to his Rowrah home. The circuit there is now recognised as one of Britain’s finest karting venues

Jessica’s grandparents, Terry and Winnie, were both karting champions. Terry was chosen to represent Britain in the 1974 and ’75 world championship events at Estoril and Paul Ricard. He has competed against a number of future F1 stars such as Nigel Mansell, Alain Prost, Keke Rosberg, Riccardo Patrese and Elio de Angelis. His proudest moment as a competitor came when winning the 1977 Little Green Man Championship. It involved beating such notable drivers as Terry Fullerton, Mickey Allen, Paul Fletcher and the six times world champion, Mike Wilson.

Jessica’s father, Jason and uncle, Justin were multiple Super 1 champions. Her 15 year old cousin, Jonny, was the holder of three British Open titles as a cadet and became the 2015 Little Green Man champion. In 2017, Jonnie reached the pinnacle of his karting career by winning the CIK/FIA European Junior title. He is now a privileged member of the Red Bull Junior Team, currently racing in Formula 4.

Jessica herself entered Bambino karting as a six year old. After a nondescript period in cadets, she really came alive upon entering the ranks of X30 Mini racing in 2018. Strong performances at PF, Forest Edge, Whilton Mill and Glan Y’ Gors helped her to 5th position in the LGM Championships that year. In 2019 she has managed to claim two 2nd places and a win from the first four rounds and is now regarded as a serious championship challenger. Her 2nd place finish at the Kartmasters Grand Prix in August has secured a ticket to Le Mans for this year’s X30 World Finals.